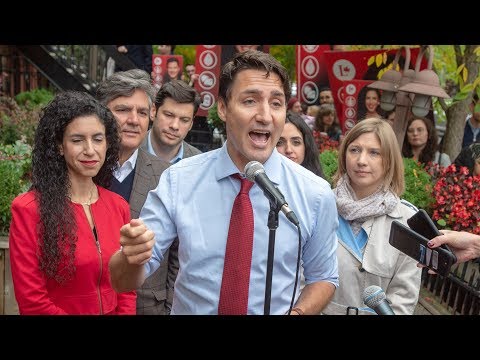 Trudeau accused of climate hypocrisy for using two campaign planes Trudeau accused of climate hypocrisy for using two campaign planesBoy has more on that from Ottowa, so Michelle, let’s start with the beginning, this issue came out really as a surprise. During the debate last night, send this bomb kind of went off at apocracy bomb, I’m calling it and where Andrew Scheer went after the Liberals for using two planes, one plane to carry people, the other, I’m told to carry cargo. I want you to take a look at how that all for the last night take a look across the country. They are conservative politicians who are standing against you’re such a hypocritical on the question his campaign. For you end the end, the media and the other. For your costumes and your gift, that’s your choice, environmental Defender and Justin, Trudeau, specifically saying about this controversy. This morning, Michelle liberal insiders. They obviously say that this isn’t a story. It’S nothing new from 2015, I’m not directly doing something to help the environment and despite the fact that they’re flying to planes across country take a look at what I did receive officially in a statement this morning to say: we’ve partnered with less emissions candidates, highest quality, Offset provider and purchase Regional carbon offsets from the wesseck windsor-essex. Excuse me: Windsor Regional, Landfill gas capture and destruction project. Are they say that you know these offsets that they’re purchasing indoor stair will approve degree. by the Suzuki Foundation? They say that that’s really the best way to offset the the use of the additional aircraft again. Do you want to point out that this is also something that was done back in 2015 Marcia? Nobody what you know a lot of it is it has to do with cargo. I’M told that the media are going to get to see this plane for the first time actually going to be going to get on it for the first time. It’S unwrapped next year later this week, if not mistaken, and now it’s coming to the Forefront that you know maybe journalist knew about it. I didn’t personally know about it. I wasn’t on the 2015 campaign, and I’ve been here talking to you, but you know if they they say that this is standard practice lot of gear that needs to be hauled around the country. That’S what they’re saying why they need the second plane. Okay, Michelle thanks for that we’re going to toss for some breaking news. Michel Boyer has the latest on the French debate and Andrew Scheer’s attack on Justin Trudeau for using two campaign planes.