Trudeau to officially kick off the federal election campaign Wednesday 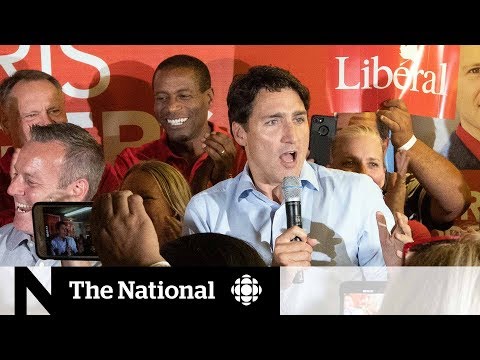 Trudeau to officially kick off the federal election campaign Wednesday Trudeau to officially kick off the federal election campaign WednesdayOn the day before it begins, there is still a country to run and a regen Savage by storm and there’s lots more work to do in the federal government is here to to support in any way we can the cleanup still underway for Trudeau 6s. This election hinges on recapturing the magic of the last one, their vote since then, he’s delivered big checks to most families, low unemployment, good economic growth, but no longer the long-shot. Trudeau is now the incumbent with missteps on the world stage political controversy, home and broken promises on Election reform he’s not as advertised the attacks on Trudeau’s. Credibility have already started to both discouraged and Court left-leaning voters by just saying the right thing, but actually doing it with the NDP and greens arguing. You can’t be a climate champion and by a pipeline, so expect an election about credibility, but also affordability. He is promising to spend bigger than liberals on things like pharmacare to help Canadians make ends meet cuz. It’S time for you to get ahead. I’Ve been running non-stop, going heard on the argument that life is harder under the Liberals. Strudel Trudeau can still draw a crowd. He’S been damaged but not destroyed by a year of controversies and contradictions, as polls consistently suggest, he is still most popular choice for prime minister five and a half weeks did the storm that hit Atlantic Canada so Sunday and Monday get taken off the table in the Middle of a potential natural disaster play some ear, but the reality is it had to be called by Sunday and they were just running out of time to get this started. Zips the governor-general has started campaign. What’S the last 40 days, Parliament is officially dissolved by Canada’s governor-general judypie. Yet that means all pending. Legislation in the Senate and House of Commons dies, including, for instance, the formal ratified mission of NAFTA. There have already been restrictions on how much political parties can spend before the official campaign, but other spending caps will now be in place for the duration of it. Roughly 28 million dollars per party provide. Of course, the party has managed to raise that kind of money to spend, which is not the case for all of them: more ads campaign planes and buses, and yes, more campaign signs on people’s front yards spending for third parties also gets limited during the campaign. So unions or advocacy groups or anyone else who wants to sway voters must be registered with elections, Canada and are limited to about half-a-million dollars during the campaign. Finally, get ready to just see a whole lot more of the people vying to be your next Member of Parliament and prime minister The prime minister will formally ask Gov. Gen. Julie Payette to dissolve Parliament, setting the stage for Canada’s 43rd general election on Oct. 21. We break down what is at stake and what you should be watching for.