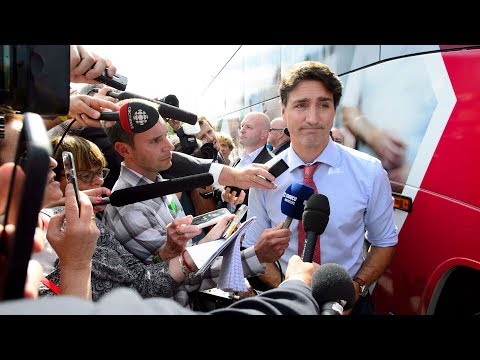 Trudeau’s stance on Bill 21 guided by political self-interest: Don Martin Trudeau’s stance on Bill 21 guided by political self-interest: Don MartinWell, a weasel word from week. One of the campaign was counterproductive. It would be as liberal leader, Justin Trudeau, has put it everyday on the hustings counterproductive for his government to act, play defend quebecers or deny the right to wear religious symbols and clothing in public service jobs. It’S far more productive to wait until before deciding if it’s safe to challenge Bill 21 legislation, The Province where the band is popular. This was no one-off Bozo eruptions, it was a focus group tested. Jerry, butts, approved candidate, rehearse repetitive response to an anticipated question. It’S Trudeau are partisans, self-interest over political guiding principle, and it’s not the first time after all, his government is criticized Saudi Arabia, human rights that it considers it counterproductive to risk jobs and votes by when was sale of armored vehicles made here for use by the kingdom. There to suppress dissent, but Trudeau is never before articulated the real reason for his inconsistency. So clearly, it’s basically true parody, prime minister Kim Campbell declaration, that a campaign is no place for a social policy. Discussion in the liberal leaders. 2019 campaign view his 2015 declaration that a Canadian is a Canadian is a Canadian has an asterisk. That says, active condemnation of religious discrimination is to be sidelined during campaigns now give Trudeau points for honesty. It could imperil his prime ministerial Ambitions to aggressively defend religious rights. Promise would you use this thorny issue is none of his business, but defending human rights under stage is hard farmer and EP Tom Lee, and if either Tom mulcair risked it all when he did the conservatives for forcing women to remove caverns of citizenship ceremonies, he lost The election and his leadership as a result of actions matter words matter and defending key principles. Only when it’s convenient to do so is a negative character. Defining we have rarely heard political leaders throw basic human rights under the campaign bus, so blatantly. Justin, Trudeau did precisely that by saying he wouldn’t put his government in the legal challenge lineup taking on Quebec’s Bill 21 until later. If ever this boils campaigning in 2019. Down to three sad realities, perception is reality is negotiable and now a new one doing the right thing can be counterproductive. Don Martin says Liberal Leader Justin Trudeau is opting for partisan self-interest over guiding principle when it comes to Bill 21.