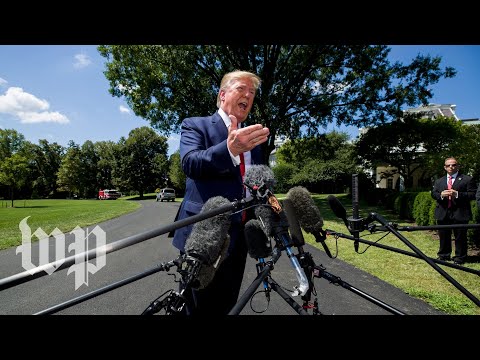 Trump calls Denmark’s statement on Greenland ‘nasty’ Trump calls Denmark’s statement on Greenland ‘nasty’No Denmark, I look forward to going, but I thought that the Prime Minister stated that it was absurd that wasn’t it was an absurd idea was nasty. I thought it was an inappropriate statement. All she had to do is say no, we wouldn’t be interested, but we can’t treat the United States of America the way they treated us under President Obama. I thought it was a very, not nice way of say something they could have told me. No. This is something that’s been discussed for many years. Harry Truman had the idea of Greenland. I had the idea or the people of had the idea goes back into the early 1900s, but Harry very strongly thought it was a good idea. I think it’s a good idea, because the Denmark is losing 700 million dollars a year with it. It doesn’t do them any good, but all they had to do is say know we’d. Rather I would rather not talk about it. Don’T say what an absurd idea that is, Sir she’s not. She’s talking to the United States of America, United States. That way, at least done to me now President Obama, when they wouldn’t land up, let him land in the Philippines when they treated him so badly at so many places. The Philippines is one that comes to mind. That’S different, that’s different! I want to that’s up to him, but they can’t read the United States with a safe and how absurd President Trump on Aug. 21 said Denmark was “not nice” after the country released a statement declining to sell Greenland to the U.S. Read more: https://wapo.st/30qZcbE. Subscribe to The Washington Post on YouTube: https://wapo.st/2QOdcqK