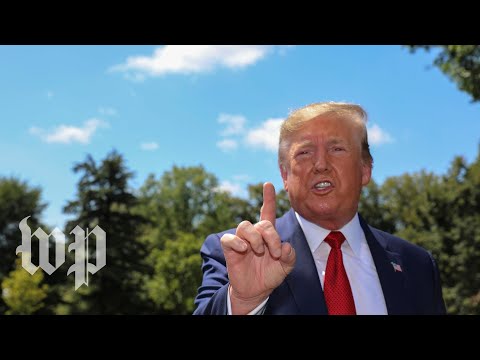 Trump defends longer detention of migrant families Trump defends longer detention of migrant familiesRemember, President Obama had separation. President Obama built ourselves. He built the cages that you people always talk about and attributed President Obama in 2014 filters cages, and you were very embarrassed when the New York Times as usual and others put a picture of a cage, and they said how bad Trump was only to find out That it was President Obama that built those cages, so President Obama had separation, I’m the one that brought them together. This new rule will do even more to bring them together, but it was President Obama that has the separation. What would be very strong of the Border? You see the numbers to way way down. I want to thank, I want to thank Mexico for that. The your States could make your question to make that problem go away very easily. If the Democrats with me and we could fix the loopholes and Asylum, which is what you’re talkin about to what extent, but let me just tell you very much: I have the children on my mind. It bothers me very greatly. People make this horrible two thousand mile Journey, one of the things that will happen when they realize the borders are closing. The wall is being built with building tremendous numbers of miles of wall right now in different. It all comes together like a beautiful puzzle. What one of the things that’s happening when they see you can’t get into the United States when they see if they do get in the United States, because we’re doing that they won’t come and many people will be saved and many many women’s lives will not be Destroyed in room President Trump on Aug. 21 said a new rule that would terminate a federal court settlement will “save” lives of migrants who will not cross into the U.S. Read more: https://wapo.st/2KNz452. Subscribe to The Washington Post on YouTube: https://wapo.st/2QOdcqK