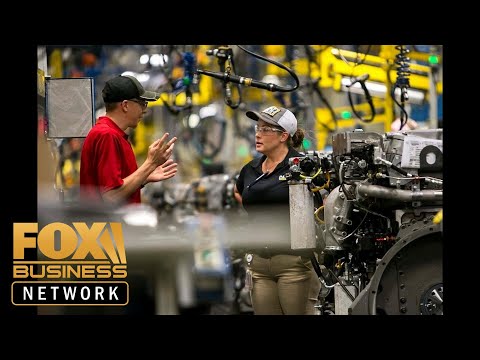 Trump economic boom is unprecedented, Kevin Hassett says Trump economic boom is unprecedented, Kevin Hassett saysAnd joining us tonight the president’s Point man on the economy for the economy, for the nation to have you with us right. You know what are the things that President Trump very much look forward to when he’s taking these trips is getting briefed on the state of the economy of the state that he’s going to its. We always prepare everything for him about the state that he’s visiting. If he’s visiting today and so prediction for the Minnesota number is 17, I don’t want to spend the whole time. I’M Minnesota that take about this flu. Remember that I put her shift was dead in 2016 that people were talking about how Millennials are the least entrepreneurial generation and so on, Etc. Applications for new businesses in Minnesota or up since the president was elected by 18 % back and looked in the 2016 Congressional budget office forecast for 2018 to know what their monthly job number forecast was 58,000 a month and we got 206,000. The difference, I think, is a reasonable first-pass guesstimate of the impact of President Trump’s policies. People enjoying jobs Council as they joined various consoles at the present, is symbol for CEOs and Business Leaders and then, within a few months we were watching people walking away from them. Quote, on quote big business: he has done it without a working partnership with the K Street lobbyists, the Chamber of Commerce, The Business Roundtable Wall Street can’t bark orders at him Boone. I believe for this economy, and for this President, think about another way is Milton Friedman taught us. The best way to have prosperity for an economy is to get policy right and then to stand back and let the economy go whatever the government business to make plans about you, whether we should do this or that or that’s in this form of artificial intelligence technology. As opposed to that for him that the government tends to lose react to those who are saying that the president’s tax cuts aren’t expecting them to be conscious, big is expected. First of all, let’s look at the numbers that if you look at just over 2018 real disposable income, which is the money that people get in their pockets and after taxes went up by $ 2,300 per household 2300 per household in America. And a lot of that is because of the tax cuts, and so you know I’m sure that scientists will be arguing about whether the tax cuts. You know, where are 80 % of the story or 40 % of the story. But the fact is that our policies have taken the 58. jobs for months economy and turned it into a more than 200,000 jobs a month economy and they’ve done it in a way that I take is indisputable that I take that. Frankly, if I were going to to take a Critic of the policies and ask them a question, the answer to is a somebody who says it’s not the tax cuts and it’s not that the deregulation. What was it then? So? Why do we go from expected? 58000? A month to 206,000, was it just good luck? I am frankly this president has put forward straightforwardly. You saw him mention Blue Collar jobs in the clip that you’re playing and the fact is that he’s not pro-business, because he’s prosperity for most Americans that don’t have fancy ivy league degrees is to have a really good business in their town. That invest a lot and making them more productive, and then they could afford to pay him a higher wage and so people all around the country or prospering because of these. The last thing is that President Trump focus and we’ve got an event on Wednesday Lou about this. He focused on the distress communities with his opportunity Zone policy, and so not only are businesses in the US in the distressed communities that were crying out for help. In 2016, when they voted for yeah in this day and age, and that is trade talks where we have a wag who wants to always say what you know as soon as the trade talks conclude irrespective of what they say, things will get better. That’S the buy. Some in the business press, another say it and is so long as it’s on certain that will be deleterious to the economy. They can explain two years of prosperity. They can’t explain why the prospect of a I is the brightest of all Prospect of for the global economy. Did anybody on the other side that disagrees with the tax cuts are an explanation for the skin? I love to watch you girl., Because I can’t think of another story and setting the tone and the direction for this country or two to fulfill its destiny are government’s policy and that’s a sweet, wonderful thing send it said the two most moving States right now for Iowa New Hampshire survival packs Kevin Hassett, chairman of the Council of Economic Advisers, tells FOX Business’ Lou Dobbs that President Trump’s economic agenda has impelled businesses to invest in both the U.S. and in distress communities.