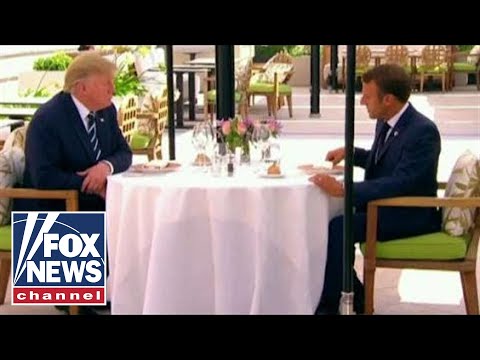 Trump meets with French President Macron Trump meets with French President MacronPresident Trump arriving in France ahead of an 87, the president meeting with world leaders as the economy takes Center Stage, I’m just a short time ago, to do anything except for the big G7 dinner tonight. The relationship between the president PNR me, because it can no longer rely on the United States to protect it. The 100th anniversary of the end of War, BSA at 11, come Emmanuel relationship in bilateral meetings. European countries bring the system and the changes need to be made. Now, hanging over this G7 Summit, a lot of uncertainty about the global economy being driven by the increasing trade war between the United States Terrace on 75 billion dollars worth of Chinese Goods. That will happen on October 1st, if I get a package of tariffs on 550 billion dollars with the Chinese V Jay Powell President Trump says that his relationship with the French president is still good; John Roberts reports from Saint-Jean-de-Luz, France.