Trump participates in the establishment of US Space Command 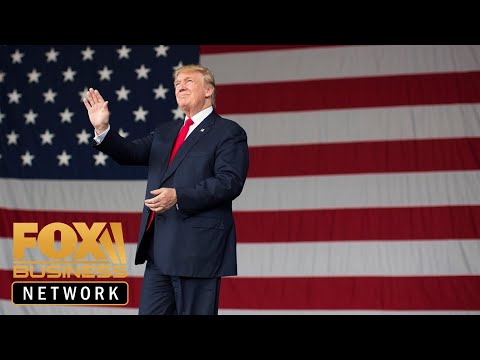 Trump participates in the establishment of US Space Command Trump participates in the establishment of US Space CommandLadies and gentlemen, the president of the United States, a company by the Vice President of the United States, Secretary Casper and general J Raymond. Thank you very much, a great honor on a beautiful day and the Rose Garden. Please sit. Thank you just spoken to president Duda of Poland and expressed in my warmest wishes, and the wishes of the American people are highest. Priority is the Safety and Security of the people in the path of the hurricane? Has the newest combatant command space come we’ll defend America’s vital interest in Space, the next warfighting domain, and I think that’s pretty obvious to everybody. We’Re especially grateful to welcome the new leader of space. Come General J Raymond highly respected man within the military joined this afternoon by his wife Molly. Thank you. Thank you. Molly, congratulations, Molly great, their wonderful family and several of their friends General Raymond. Congratulations so important! I know he’s going to do a fantastic job. The United States combatant commands were developed to join branch, javar armed forces in common cars across diverse fields of battle. Each of the United States. Military combatant commands has an area of responsibility from centcom which oversees our mission in the Middle East to our most recent cyber, which we established just last year to protect Americans from the most advanced cyber threats and also to create very, very severe and Powerful offensive threats. Should we need them the dangers to our country constantly evolved, and so must we now those who wish to harm the United States to seek the challenges and the ultimate High Ground of space? It’S going to be a whole different ball game. Our adversaries are weaponizing Earth’s orbits with new technology targeting American satellites that are critical to both Battlefield operations and our way of life at home. Our freedom to operate and space is also essential to take texting and destroying any missile launched against the United States. So, just as we have nye’s landairsea and cyber as vital warfighting domains, we will now treat space as an independent region overseen by a new unified Geographic combatant command. Publishment of the 11th combatant command is a landmark moment. This is a landmark day. One that recognizes the centrality of space to a man is National Security and defense under General. Raymond’S leadership spacecon will boldly deter aggression and outpace America’s Rivals by far for 35 Sears General Raymond has lead and commanded space operations at every level. In the u.s. Air Force Molly, I hope you’re very proud of him. I’Ll bet you are. I am too he’s a warrior who integrated space capabilities to make our military even stronger and to pave the way for a new era of National Defense, he’s respected by everybody sitting in front of us everybody in the military and M body. That knows him. Space will soon be followed, very importantly, by the establishment of the United States space force as the 6th branch of the United States. I’M forces and that’s really something when you think about it. The space force will organize train and equip Warriors to support. Space comes Mission with today’s action. We all another great chapter in the extraordinary History of the United States. Military space will ensure that America’s dominance and spaces never questioned and never threatened, because we know the best way to prevent car places to prepare for victory from our nation’s first day. Is America’s military Blaze, the trails and cross the Frontiers that secured our nation’s Future No adversary on Earth will ever matched awesome, courage, skill and Mike of American armed forces. Today we salute thee, heroic men and women who will serve in space and keep America’s arises forever bright and forever free. We have budgets since we came in to the administration since the election 2016 since January 20th of 2017. We have done things with a military that few people would have thought possible budgets of seven hundred billion, seven hundred and billion and now 738 billion dollars. Nobody would have thought that that was possible, but we had them approved by Republicans and Democrats, and that MO is now building the most advanced equipment anywhere on Earth equipment that nobody even could have conceived of even two years ago. It’S very necessary, and hopefully we’ll never have to use it. I would now to a secretary esper to sign documents formally establishing the United States space command. Thank you good afternoon. Mr. president, thank you for hosting us today and doing so. You honor the Airmen sailor soldiers and marines that secure our high ground for our nation, but half of those men and women we’d like to present you with a small Memento, the reason I say: space command, establishment, 29 August 2019 on behalf of the space warfighters. Thank you for your leadership. That’S a big one! Thank you very much and now like to invite Master Sergeant, Rodger towberman to the stage to unfurl the flag of the United States space command. Thank you very much. I got nothing. President Trump participates in the establishment of U.S. Space Command. This is the next step in creating space force, which the Trump Administration proposes will be the sixth branch of the military.