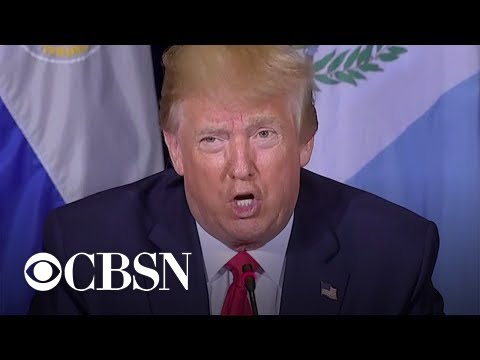 Trump reacts to release of Ukraine call transcript Trump reacts to release of Ukraine call transcriptThe Democrats just came out, they went down to a group of people and some of them I was dealing with them the gun issue and they went down put tremendous pressure on Ukraine. The president himself just came out with a statement saying it was absolutely no pressure. Put on him that wasn’t what I do want to say is: I want to see other countries helping Ukraine also not just us as usual. The United States help. So nobody else is there. So I want to see other countries help just so you understand it’s the singer greatest Witch Hunt in American history, probably in history, but it American history. It’S a disgraceful thing. The letter was a great letter meeting the letter revealing to call that was done at the insistence of myself. Are there people that read it? There was a friendly letter. There was no pressure. The way you had that built up that call. It was going to be the call from hell. It turned out to be a nothing for all other than a lot of people said. I never knew you could be so nice, so part of the problem you have is that the fake Jews change me excuse me. So we’re having, if you notice the stock market, went up when they saw the nonsense. All of a sudden stock market went down very substantially yesterday when they saw a charge after they read the charges rocket went up very substantially. We have created the greatest economy of the history of our country, the greatest economy in the world had my opponent, one by Far and Away behind, we’ve picked up trillions of dollars and they’ve lost trillions of dollars, and they want to make a deal very badly. Could happen, it could happen sooner than you think our military is rebuilt. Our military has never been stronger. When I came in it was deflated still they going to lose. We had the highest poll – numbers Rasmussen, 53, but they say you can add 10 to a lot of people say you can add more than 10 to it, because a lot of people just don’t want the strongest country we’ve ever had. We have the best economy. We’Ve ever had, we have the best unemployment numbers we’ve ever had. We have the best employment numbers we’ve ever had. We have now almost a hundred sixty million people working that’s far more than we ever had working in our country before I. Thank you very much. Everybody. Thank you. “It turned out to be a nothing call,” President Trump told reporters after the White House released the official memorandum of his call with Ukraine’s Volodymyr Zelensky. He decried the controversy as the “single greatest witch hunt in American history.”