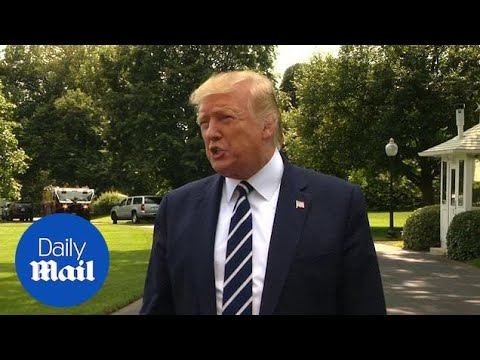 Trump says US ‘have an agreement with UK’ as Iran seize UK tanker Trump says US ‘have an agreement with UK’ as Iran seize UK tankerI’Ll, let you know we have a very close alliance with the UK and we always have. We heard that the United States has very few tankers going in because we’re using our own energy. Now we made a lot of progress over the last, so we don’t have very many tankers going in, but we have a lot of shifts there. Then a warships and will talk to the UK and we have no written agreement. But we haven’t agreed with they’ve, been a very great Ally of ours. Iran has seized a British-registered oil tanker with 23 crew on board in the Strait of Hormuz. The Stena Impero was passing through the bottle neck into the Persian Gulf when it turned dramatically to the north. Iranian State TV accused the UK-flagged vessel of ‘failing to respect international maritime rules’. It is understood that the tanker was surrounded by small Iranian craft and helicopters before being forced off course and towards Iran’s coast. The ship’s owners, Stena Bulk said: ‘We are presently unable to contact the vessel which is now heading north towards Iran. There are 23 seafarers aboard. There have been no reported injuries and their safety is of primary concern to both owners and managers.’ A second British-owned vessel, the Medsar also made a dramatic turn towards the Iranian coast line just 45 minutes after the first vessel was seized.