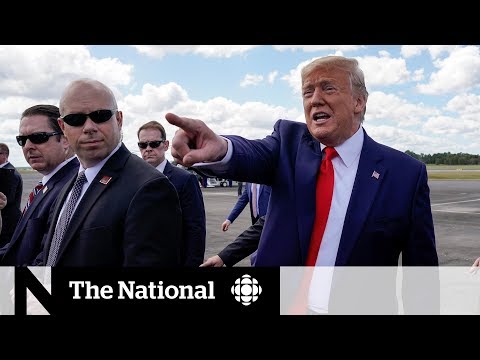 Trump suggests China investigate Biden Trump suggests China investigate BidenIf they were honest about it, that sort of major investigation into the Bible is a very simple answer, even possible impeachment over allegations he’s abusing his office for political gain. Donald Trump today went right to the Crux of the case. Why would say that president selenski? If it were me, I would recommend that they start an investigation into the budget. Trump openly suggested a foreign power investigator political rival, then he went to step further. Likewise, China should start an investigation into the Biden, because what happened in China is just about as bad as what happened with with you friend Joe Biden sing a 2013 trip. Vice President Joe Biden to China with his son Hunter, it was played up in the Trump campaign video. There have been allegations Hunter Biden traded on his father’s connections, but no wrongdoing has ever been proven. Cummins today had summer calling the 2016 election campaign Russia, if you’re listening, I hope, you’re able to find the 30,000 emails that are missing Republican Hillary Clinton’s expense. Democrats. A today’s remarks are much more serious. Is an illustration of this President and learn anything from the two years of the Mueller investigation? If that he feels he can do anything with him, some say: Trump’s brazenness can’t be ignored. The fact that it’s so blatant doesn’t make it any less wrong. I think people think it’s got to be hard to prove his impeachment and it ordinarily is, but this is a for the president’s making it easy mean, while on Capitol Hill, the impeachment investigation, continued Trump’s, former special Envoy to Ukraine testified behind closed doors. Today he told lawmakers that he had warned trumps personal lawyer, that they were getting information about the Biden’s from the ukrainians and that he warned the ukrainians to stay out of us politics. Steven D’Souza, CBC News, New York, U.S. President Donald Trump called on China to investigate Joe Biden and his son amid the impeachment inquiry into a similar request he made to Ukraine.