Trump tax information shows more than $1B in losses — NYT 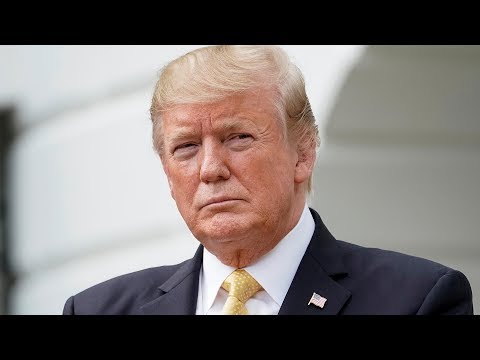 Trump tax information shows more than $1B in losses — NYT Trump tax information shows more than $1B in losses — NYTA New York Times investigation is casting. The tax information covers the years from 1985 to 1994. It shows his core businesses, casinos, hotels and retail space in apartment. Buildings ran up 1.17. Billion. Los is in fact the time says: Trump lost any other individual American taxpayer. During that time, from where we are now joined by Susanne Craig, she is one of the drill is Too Broke for the New York Times and in each of those years he lost money, tens of millions, sometimes hundreds of millions of dollars. What’S interesting about this, when you think about Donald Trump history, as a businessman there’s some in there, I never would have thought he would have lost money. Every year, 85, 86 87. He was buying stuff 1987. He wrote Art of the deal his master of the universe Memoir about dealmaking. That year has core businesses 42.2 million-dollar. So it’s just incredible to see these tax losses year after year, and it’s not just you know normal business losses, data of similar people and it showed he had greater losses and pretty much anybody in America for most of the years is it managed his businesses during That time., he was a horrible businessman and they went bankrupt. This is those earlier years where you thought he was probably doing well, but in fact he wasn’t so in a previous reports, you anonymously obtained part of the president’s taxes as well. So how does this compare to what you’ve already uncovered, what we seeing election campaign? We saw on not tax return, that by 1995 he had what’s known as a net operating loss of almost a billion dollars, and what that is. It shows his taxable income gift card. You can have a billion dollars in taxable income going for you don’t have to pay income tax on it. These numbers very much they come before. That is very much filled into that. We just now can see year-by-year where the loss is. We thought most of them were probably going to be 91. 92. 93. We now know the extend at least back to Nineteen Eighty-Four, probably before, but because we have information from 85 that extends to 84. We know at least from 84 5. He was losing money every year and paid income tax in only two of the 10 years that we saw – and I want to get your thoughts on how the president responded to your story on Twitter. This is what he had to say. He said Real Estate Developers 1980s and 90s more than 30 years ago, we’re entitled to massive write-offs and depreciation, which would if one was actively building, show Lost scary, sometimes considered tax shelter. You would get it by building or even buying. You always wanted to tell losses for tax purposes, almost all real estate Developers with banks. It was sport. Additionally, the very old information put out is a highly inaccurate, fake news hit job. What do you make of Donald Trump’s reaction? He had some it’s a fraction of what the what the losses are so big like they’re, not there’s, no way you can account for depreciation up to that. These were massive business losses that you can see in public records that were going on. He had some depreciation and a lot of years of bad businessman, so he’s right that there’s some depreciation and there we talked about. In the story. It just can’t account for all of this. The second part is they’re, saying that the information we have you know after he addresses the depreciation issue. The information is false. We’Ve asked them to provide where, where it’s false, they can’t you know. Secondly, when we met them, the story, our source, who came to us it’s an IRS transcript that we have also separately provided us with here – is some information on Fred Trump’s tax returns. Because of previous reporting that we’ve done, we have numerous years, are Fred Trump’s tax returns and they haven’t been published. The data that the source gave us Notch line for line with the infirm starsource gave us we feel very comfortable in the information we have and they haven’t come to us to say this is wrong or that that’s wrong they’re, just you know doing what they normally Do witches dismiss, it me know not not addresses specifics, who described the claims that Donald Trump has made as a business. Man versus your stories in the New York Times have uncovered Jason Witten, that concluded in October 2008, that looked at the origins of his wealth and the idea that he is a self-made billionaire and he you know his spent a lot of his life promoting not and The Apprentice he ran for president on it it’s a mess. It’S the origin, for the foundational lie is what I call it. He inherited huge amounts of money from his father, some of it through tax fraud – and you know subsequently gone on in the recent years – are a separate issue, but he has had huge business failures, including losing tons of money. The year he wrote Art of the deal. Cuz, you know signature book on deal-making, Suzanne, interesting to speak to you today. Thank you very much for taking the time. Thank you. Suzanne, Craig of the New York Times. Donald Trump’s businesses lost more than $1 billion from 1985 to 1994, according to tax information acquired by the New York Times.
To read more: http://cbc.ca/1.5127376