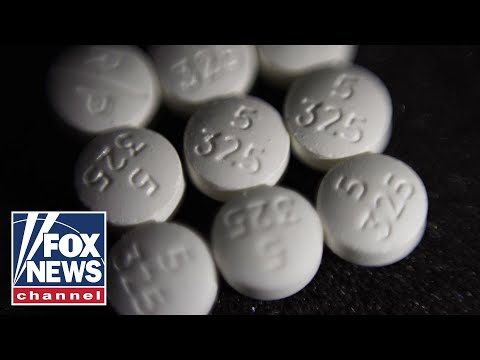 Trump’s efforts to tackle opioid epidemic overlooked due to link in border crisis Trump’s efforts to tackle opioid epidemic overlooked due to link in border crisisInnovations in the midst of an unprecedented opioid epidemic with recent CDC estimates, reporting that on average 130 Americans die each day from an opioid overdose, accidental drug overdose, a leading cause of surpassing car crashes and gun violence for more insight, let’s turn the former associate director of The White House Office of National Drug control policy and the vice-president of the institute for family community and opportunity at the Heritage Foundation Mania OST. Thank you so much for joining us. I lie on this Mother’s Day weekend. There a lot of mothers out there that are been suffering through this epidemic, as well as their children. It was one that I was a big part of the campaign and continues to be, as we were, as we start to watch the presidential races unfold across the country about the beginning of the Trump Administration the effort put into and where things are today. According to recognize that the president used his bully pulpit to declare this a national public emergency which really kind of set the tone across the administration, so it’s so important with an issue like this. It has so many different facets to it to be sure that we’re making public-private that we are engaging across Administration horizontally, and you see that happening with this Administration. You know the first lady coming out with making opioid the opioid crisis, part of the be best campaign secretary, Azar, HHS kellyanne, mobilizing resource In The West Wing and the president continuing to beat the drum and talked about it and best resources and prevention. And then you also have the the efforts down at the border. I don’t think there’s enough attention being paid to the fact. The president talks about the fact drug policy goes into border security, but that’s a really essential Point as we move forward and look at mobilizing all the resources for all the different facets of the crisis. And what are the things I can smoothies National numbers that we have. We have just a couple of grass to talk about really the impact of this overall epidemic as it’s going on. If you see the national drug overdose deaths involving any opiate, how they’ve climbed here and looking also the next rap, this is really kind of speaking into the more than 70,000 deaths, 68 % prescription or illicit opioid drug overdoses in 2017, and there’s no indication that we’re Going to see a dramatic eye drop for the two 80 numbers added, we’re still waiting on official numbers on that you are your thoughts on how to hit this and begin to get that drop to happen. No, I’m so glad you said that, because it’s so tempting in a situation like this to try to be optimistic and say you know here vision and we’re moving toward it, and it is important to maintain hope that we can move forward positively and we can. But you also have to put that together with being realistic, about difficult, is to tackle something like a diction and so at the Heritage Foundation. One of the things that we really emphasizes the list of community. You see it on both sides of this issue. On the one hand, when you look at prevention, one of the key issues that it’s most important in keeping kids away from drugs if their sense of connection to community the date of the very clear on that. But when look at the other side, when you’re dealing with someone who is already caught in the grips of a very perverse addiction, the thing that is most important essential is getting the community mobilized to put support and structures around them. That really are the most effective thing in terms of helping them tackle this problem. That comes up when we talked about this that, since the Centers for Disease Control and prevention published its guidelines, we’ve seen a number of doctors being concerned about prescribing toast for Brady reasons. Not just that denials, a farm the pharmacy is denying people’s prescription pick up insurance providers for someone who has a chronic pain or cancer suffer if they’re being challenged and getting medication that they need glad. You brought this up because this is an essential point about pain management. Is it opioids are meant for acute pain and there are other approaches that are better for long-term chronic pain. Look it’s essential to emphasize that most of us have someone in our lives were dealing with crime and we’re so lucky to live in a day and age when we do when we have different options for addressing that, do we want to emphasize the people who are Struggling with chronic pain that there are approaches and solutions out there for them, but sometimes opioids are not the best answer and that you’re dealing with, as you started with a hundred and thirty people dying from from addiction. We have to walk that fine line of addressing that pain, but not leading people into having a double problem that they’re having to deal with Sherman newest. Thank you for talking the office today and keeping this on the Forefront. We appreciate it thanks. Charmaine Yoest says President Trump declaring the opioid epidemic as a crisis set the tone for his administration.