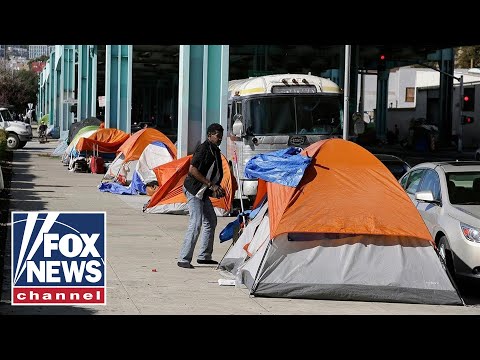 Tucker: Homelessness is America’s forgotten crisis Tucker: Homelessness is America’s forgotten crisisAll this week, we’ve taking you to cities along the west coast to investigate homelessness in the country. From the beginning, we plan to show how much the problem has grown, but even we were shocked by the scale of the epidemic in the places we visited the homeless or not just a problem in which economic hubs of San Francisco, but also in dying post-industrial cities. Collegetown, even in rural areas, the investigation was a little bit stronger than we thought it was going to be, and the reaction has been much more profound than we anticipated to in Sacramento. Please prom performed a warrants: keep at the city’s Riverfront encampment the day after a package aired, 30 people were arrested, but Seattle Police raided that camp yesterday and confiscated huge quantities of crack, cocaine, heroin, methamphetamine, marijuana, firearms and machetes leaving took a sword. They plan to evict the residents and clear that camp next week, but smaller also an equal to the problem which again is growing. The fact is that homelessness is America’s forgotten crisis. Beltway journalist spend their days and Twitter competitions trying to prove they’re the best at hating Trump or opposing Russia, Kratts obsessed over toppling governments in Iran or Venezuela. They refuse to acknowledge the problems steadily. A road in the country we actually live in America’s homeless population is huge and growing. According to the government, number of people in shelters is dropping. That means more people on the streets, more garbage, human waste, more human misery. Of course, we could build more shelters and provide more treatment for mental illness. Riverbanks local governments have shown themselves bizarrely unwilling to do any of that. Those strategies would help, but they don’t confront the underlying problem. Why are so many people winding up living outside in this country? To answer that question required investigating and fixing far deeper ailments? Opioids must be treated like what they are for the single greatest Public Health prices to face America since the Spanish Flu a century ago. We need to find a real way to lower basis and provide a path for Working Class People to own homes. Instead of selling the country to Chinese investors and prioritizing returns of real estate speculators, which is what we now do. We need to honestly address the collapse of families come together or why we need to stop viewing struggling Americans is defective. People deserve to be replaced by Superior foreign immigrants. The Pelosi model technology, modern careers monoculture, are making people depressed. Let’S be honest: making people indicted insecure in some cases, many cases making them insane for these problems. The homeless are just most visible reflection of much greater C title emergency. Some of these problems are easy to solve others or not, but homeostasis is an American crisis and it’s getting worse, we promise to continue covering it as long as it takes for things to get better because it country as Noble and hosparus is ours should never have People living in tents in public parks, ‘Tucker Carlson Tonight’ investigates the nation’s homeless crisis and the decay of American cities. #Tucker #FoxNews