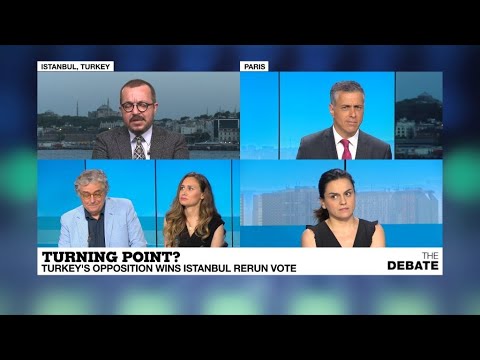 Recep Tayep Erdogan’s famed mantra “whoever wins Istanbul wins Turkey” ringing loud after the country’s president forced a rerun of the March 31st municipal and lost. We will break down the vote in the city where Erdogan served as mayor a quarter century ago and ask if it id a turning point for a nation that has seen more and more power concentrated in the hands of one man. The win makes new mayor Ekram Imamoglu of the center-left C-H-P an instant factor in Turkish politics.