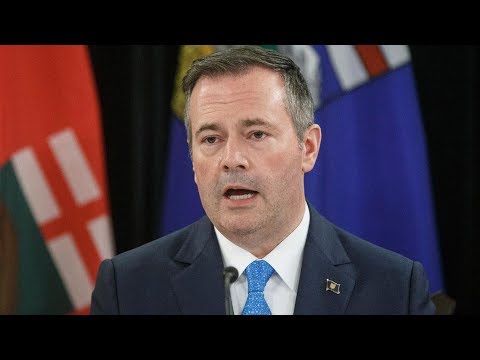 U.S. billionaires killing Canadian jobs, Kenney says U.S. billionaires killing Canadian jobs, Kenney saysAlberta, Premier Jason Kenny, says us billionaires are killing Canadian jobs that he says they are doing that by finding Canadian environmental groups and protest against the pipeline. Kenny is leveling the charge as he launches an inquiry into is government called foreign-funded meddling in Alberta’s energy sector. Cbc’S Raffi preacher Cannon has the details. For years there have been no new pipeline projects in Alberta and the province of new governments, pretty good idea. Why? It’S like four and funded meddling by environmentalist groups trying to block new projects, whether through litigation or political activism. Now the government says it’s going to try to put a spa to that with this new public inquiry for too long Canadian governments of others stood by and done nothing to defend our interests. We have tried to appease those working to damage our economy by capitulating to their demands, policies that have heard our industry and killed Canadian jobs of paper and money trails and figure out who’s being who and who’s doing what with that cash Premier Kenny is also suggesting That the government of Alberta could soon some of these actors, so he recognizes that could be challenging, given that some of the activists, maybe outside of Alberta or even outside Canada. Next week we spoke to those says that all this tougher stance could do is essentially rally the troops involved in environmentalist to take even stronger stances against Play Project. There’S a chance that people might see this as going after environmental groups, you know trying to sort of silence and those head two things which could actually decrease supporter create problems for support pipelines in other jurors. In fact, we spoke to one group means by the government in its announcement says it does not intend to give up the fight. The public inquiry is set to produce a report in 1 year from now Refugee Canyon, badminton Alberta Premier Jason Kenney says U.S. billionaires are killing Canadian jobs by funding environmental groups that protest against pipelines. He says his government will spend $2.5 million on a provincial inquiry into “foreign-funded special interests.”
To read more: http://cbc.ca/1.5200549