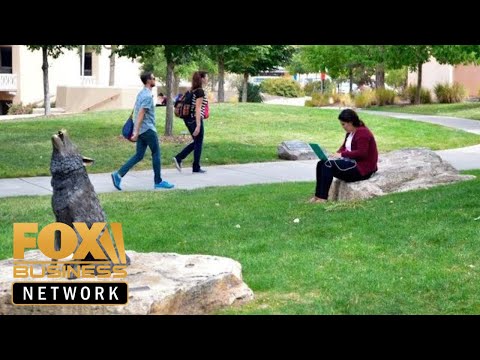 US border state plans to offer free college for in-state students US border state plans to offer free college for in-state studentsMore free stuff, New Mexico, out with a plan to offer free college for State residents with more honest record of the hold the bachelor your student on average student debt level as $ 29,200, is increased by 2 % from 2017 to 2018. So that that growth rate is a little bit slower, so there’s some good news there. If you happen to live in, do you have the highest amount at the almost $ 39,000 worth of debt? He live in. Utah state has the lowest, but a lot of people talk about this Rising that level. Politicians like Elizabeth Warren and Bernie Sanders winning in suggesting that we should in debt at the state level and that’s where the New Mexico New Mexico part comes in there, taking it into their own hands. New Mexico has proposed a new free education for all residents, regardless of your income. Do you have to attend kind of a public institutions within the state they plan to pay? For this witch, the cost is 25 to 35 million dollars. Yes, it’s still needs to pass legislation, but it would be free wishing these public institutions New York has a similar plan where it’s free as long as you don’t make more than a hundred and twenty five thousand dad or have to pay for the thing right. Precisely and the critics right that those that are doing tax dollars go up the fact that maybe the money should be better spent towards Healthcare, or you opt to make this choice to go higher education over the lifetime of a person with a bachelor’s degree end up Making more money, so you have to pay the debts now, but later on, you’ll be making more. This is an ongoing problem that we’ve hit the peak right now. The highest levels are really worth in the bottom line in the thank you very much. What FOX Business’ Kristina Partsinevelos on New Mexico’s plan to cover in-state college tuition.