US President Trump has cancelled his trip to Denmark 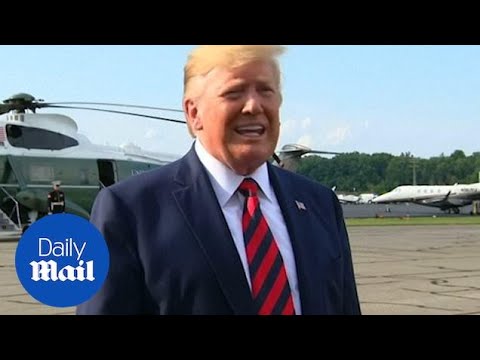 US President Trump has cancelled his trip to Denmark US President Trump has cancelled his trip to DenmarkUs President Trump has canceled his trip to Denmark after the country’s prime minister said the idea of selling Greenland was absurd. Trump confirmed on Sunday that he had recently discussed the idea of buying the world’s largest eyes, and while he promised on Twitter, not to build the Trump Tower on the Arctic Island, the proposals been met with disbelief by some. A former Danish Prime Minister said. It must be an April Fool’s Day joke the current p.m. said. Greenland is not for sale. I hope that this is not meant seriously. The US military has rights over an air base in the northern part of the autonomous territory from told reporters. The purchase is a strategically interesting concept, but not an immediate priority. On Tuesday he said Houston Denmark’s refusal to discuss the sale. I will be postponing our meeting scheduled in two weeks for another time. Donald Trump was prepared to take over Denmark’s annual $600 million subsidy to Greenland in perpetuity before he canceled his state visit to Copenhagen after officials said the world’s largest island wasn’t for sale. The president had confirmed his interest in purchasing the Danish territory, saying on Sunday that it’s ‘essentially, it’s a large real-estate deal’ but officials in both Denmark and Greenland rejected his overture with Greenland’s foreign minister saying flat out: ‘we’re not for sale.’ Trump, in addition to offering to take over the annual subsidy, had discussed giving Denmark a large one-time payment as well to help move the transaction along, senior administration officials told The Washington Post.