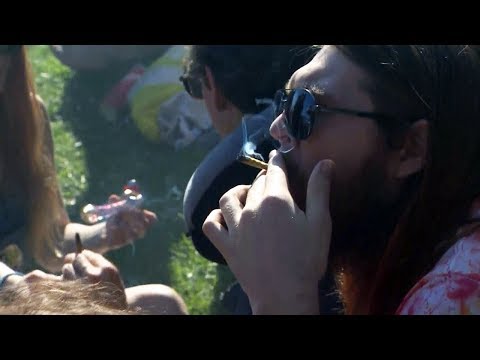 Vancouver 4/20 event denied permit over safety concerns Vancouver 4/20 event denied permit over safety concernsIt’S an annual event for 20, that’s unlicensed unsanctioned and doesn’t have a permit still. It draws the crowds at Sunset Beach in Vancouver’s West End. It has a bit of a reputation. The grass is completely destroyed, there’s a lot of garbage that ends up in the sand. In his public park, when it was around the art gallery, you could smoke smoke from like three blocks away, and every direction at least has much to get a little wind and the water there’s not much to see just yet. But in a couple of days, this area behind me is going to be completely transformed with vendors, a huge main stage and tens of thousands of people, and this year a performance by hip-hop band Cypress Hill is expected to draw even more well. Marijuana is now legal, smoking in Parks isn’t and the event has no permit and no Insurance anti giant stage. I can say I have some cute concerned City, councillor, Melissa, degenova, says it’s a safety issue. She wants to see more plans in place in case of an emergency. We look at some of the classes of the past. Public Safety has to be paranoid. Councillor Michael weed, says, City Engineers will make sure the stage is secure, but he says the lack of fencing to keep you that which of the event is a major issue and Drug overdoses is the number one killer of Youth in 2019. So far do anything about it because there’s so many people down there so many people down here at like what are you just going to like all of them resident plans to go? You always got to know you never know it’s such a dangerous thing and with the event, any changes will have to happen quickly. Make account CBC News, Vancouver. Safety concerns are being raised over Vancouver’s annual 4/20 event. The Vancouver Park Board has denied organizers a permit for the event, citing bylaws that ban smoking in public parks.
To read more: http://cbc.ca/1.5104078