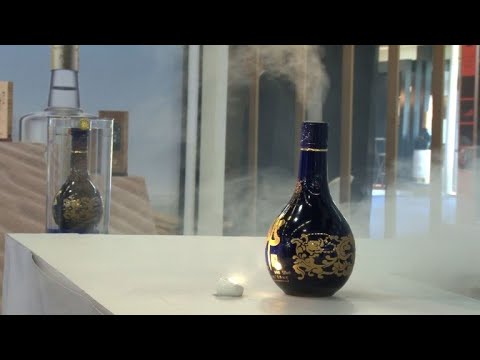 Vinexpo: Chinese liquor Baiju targets European market Vinexpo: Chinese liquor Baiju targets European marketAl’S by Joe is the most consumed the most popular kind of the liquor in China like more than a thousand years of History. If it’s made with all kinds of grains like weed, arise party, let’s just say it’s like stronger version sake, but actually totally different in China with drink it for like tearing me up., Especially for like business bust, a couple wedding, music, Turkey and Vietnam are represented for the first time at Vinexpo in Bordeaux. The world wine and spirits exhibition welcomes a total of 1,600 exhibitors from some 30 countries. Among them, China, which is trying to convert Europe to Baiju, the alcohol most consumed by the Chinese.