What Hollywood gets right and wrong about space: astronauts sound off 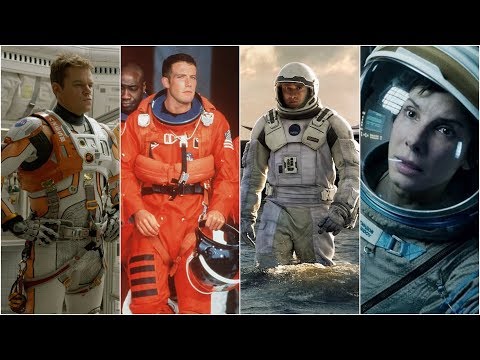 What Hollywood gets right and wrong about space: astronauts sound off What Hollywood gets right and wrong about space: astronauts sound offYou mind: if I ask you a personal question: you take us to space. I wondered whether you might be having some second thoughts as I get closer to go into space myself. I do pick some of the things go to movies. That just don’t seem quite right. Are necessary for good science fiction, it has to be plausible a little at least.. Can I break the laws of physics too much to the point where I’m really doesn’t make sense? That’S annoying. For example, if you look at aliens, Sigourney Weaver gets rid of one Monsters by opening a hatch into the vacuum of space and there goes a monster, but she manages to stay back holding on with one arm. That’S too much physics cannot handle that, because the laws of physics they apply equally, the one film that really kind of drove me bonkers when was, of course, gravity, but just the way they portrayed at orbital mechanics. I thought they did an awesome job of capturing the views and the sense of how motion Works in space with an astronaut and in microgravity explore explore. Do you read, but what they got completely wrong with the reality of orbital mechanics they’re like oh, we’ll, just go from the International Space Station over to a Chinese space station. It actually takes tremendous amount of energy to change orbits like that. Well, the movies that I considered to be the worst offenders. It would have to be warm Armageddon. I just asked us to save the world. They made little effort at all to inform the audience about the impact of blowing up objects like asteroids in space. It just is a little bit irritated. One thing that always gets me is when they have these completely unrealistic, absolutely absurd spacecraft know we’re sitting on four million pounds of fuel for nuclear weapon and a thing that has 200,000 moving card makes. You feel good he’s like wonky power generation are combustion system, especially in The Avengers movies. They’Re very guilty of this fly. The Avengers would necessarily fly, but I don’t know maybe they have some technologies that we don’t. I just always look at that whenever I’m watching and thank huh capturing the actual experience. First of all, recent movie would be the movie Martian space, Neil Armstrong technologies that you saw in that movie, they’re growing crops in the space, the Rover that is, technology that either exists today or is in development. Let’S do the math. I got to figure out how to grow for years worth of here on a planet where nothing grows. I thought they portrayed the reality of how hard it is to be in a place like that and how that planet would just be constantly trying to kill you. If space, it doesn’t cooperate, guarantee you that at some point everything’s going to go south on you and although I know there be tremendous risk, I’d want the opportunity to fight my way back.. I guess just like Matt Damon did that’s the next enormous step. When someone will be standing two feet on planet Mars, it will be a huge, huge Endeavor for Humanity. That’S why science fiction is so popular has been because we dream of what the world could be, where it could be a space odyssey, an absolutely remarkable, open. The pod bay doors hell, I’m sorry, Dave, I’m afraid I can’t do that. What are the dreams that I had as a kid was being able to use that line open the pod bay doors Hal and then have you can respond story Dave? We can’t do that and I flew in space twice, but never had a chance to use the line. Every gave us a good feel for what deep space exploration is going to be like in the years to come. This conversation then serve no purpose anymore. Goodbye The film and TV industry has never let facts get in the way of a good story, but here’s a few selections about outer space that set astronauts’ heads spinning.