What’s next for the Game of Thrones universe 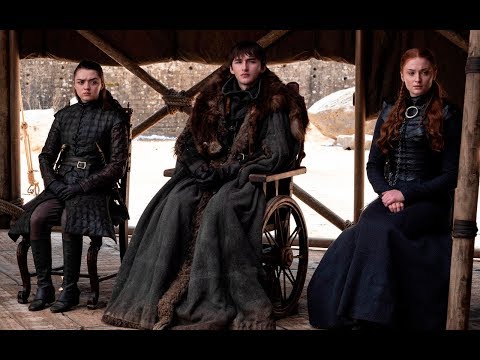 What’s next for the Game of Thrones universe What’s next for the Game of Thrones universeAnd, as you might expect, fans are divided over whether the Game of Throne, the grand finale with the right way to end the story. However, there’s no denying the shows impact on pop culture as a whole, so they cannot see who has more on that and we promise no spoilers. Not surprisingly, there’s been a lot of mixed reaction to the Game of Thrones series. Finale fans have been voicing their discontent for weeks now with the final season, and the finale was really so different. Just the experience of watching this series over the last eight seasons has shown that it was so unique in that we might not against being off for a long time. This Collective type of audience View week-by-week episode-by-episode in such large number of the show that really brought in a lot of a huge audience that would never usually touch that kind of stuff. In might not read a novel about that sort of think they’d watching TV show or movie about it, because the characters were so compelling because it had a huge twist that often we’re really going against the grain of what you expected by killing characters. That you think, are sitting just just yet, though George RR Martin, who wrote the books on which Game of Thrones was originally based, set in a blog posts that there are currently three spin-off, he called them 6s or shows under development at HBO. He wouldn’t say what they’re about, but King, from the way that a lot of the characters storylines were tidied up neatly packaged at the end of the series. There’S still a lot of room and a lot of possibilities for them to return in the future. And if you got a basketball fan and a Game of Thrones fan in your home, then you might have a problem or maybe you’re, one of both yourself, because last night was likely a really noisy. One then consider the fact of the finale for The Game of Thrones essentially clashed with the same timing as a Raptors playing in what was basically a must-win situation. So what do you do if you want to watch both you double up on screen? Do you try to go back and forth between the two while our next guest within this very same situation, let’s bring in one superfan who have to balance both Blockbuster event? Last night she joined us today in Toronto and Ariana. Before we get into any of this business. I have to have to tell people – and you specifically, absolutely no spoilers. I don’t know if you’re that boom boom, that not everyone got to watch people are in the same situation as you and they couldn’t decide what it is, which did you pick out of the two last night? Okay, so it was Rafters from 7 to 9 p.m. and then, as soon as the 9 p.m. Mark hits kind of just following Game of Thrones and then following the rafters via Twitter. That’S the kind of it. I think, even though it was like an absolutely crucial game, hey, I think I think there was only one choice last night. What is it that you, and what do you love so much about it? Joseline overall is probably is really fantastic, and the writing is what draws people into the show for sure the characters weren’t really following the storyline they would have in the previous seasons, are there of the show writers had gone into a direction that the fans didn’t like, Where you as a superfan, satisfied with the way things ended last night, I felt it proper and I think that that’s a lot of what people feel over the course of the season. But I was really satisfied with the ending. What do you want for them, and then how are you going to keep your Game of Thrones love going now that the show is over Game of Thrones? I just finished re-watching the entire series before this season came out, so I think I might in a few years go back to doing that again. Caroline on that you so much for joining us. Game of Thrones fans watched the much-anticipated series finale after the show’s eight-year run. Now, many fans are asking the question, what’s next for the Game of Thrones universe?
To read more: http://cbc.ca/1.5142398