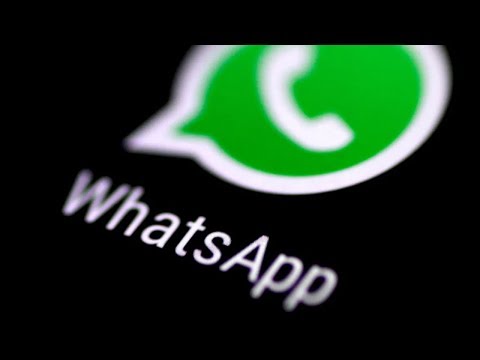 WhatsApp targeted by spyware attack WhatsApp targeted by spyware attackWhatsapp security flaw in its messaging system has let hackers gain access to? It is words. A select number of users phones is urging is more than one and a half billion users to update their rats. Let’S go to Thomas Day this morning, out of our studio in London, Bubba, spyware, exploited, vulnerability in in WhatsApp to call function so beyond just messaging back and forth. Whatsapp also allows you to use the app for video or audio calls like Skype or FaceTime, but with this vulnerability have to pick up the call for the spyware to take hold and for the hacker apparently to gain access to your smartphone’s, microphone and Camera. Imagine so Facebook owns WhatsApp and Facebook has, of course had its own privacy versus recently, but this really comes as a major embarrassment for WhatsApp sent. It Prides itself on being hack. Proof is supposedly with its end-to-end encryption meeting only the sender and recipient, or supposed to be able to read the messages on WhatsApp. They released a patch updates for Android and download and download the latest update for WhatsApp to patch this problem. Had a experts are pointing to the NSO group as as the source of the spyware, that is a cyber security firm based in Israel. They make tools that sound a lot like what we’re hearing about in this spyware attack. This morning I hear is part of the statement they emailed it to me and essos technology is licensed to authorize government agencies for the sole purpose of fighting crime and Terror. They add we investigate any credible allegations of miss you and, if necessary, we take action, including shutting down the system problem is Amnesty International is saying and it’s those technology isn’t just used by well-intentioned authorities, but also by governments with for human rights record internet to hack Into the smartphones of Human Rights activists, send this to International is involved in court action in Israel today, trying to get this firm’s export license revoked over see where this story heads today Heather Thomas back to you for updates on that. Of course. This morning, Thomas is in WhatsApp has been targeted by a spyware attack from a group of hackers identified as Israel’s NSO group. Dozens of users’ phones were hijacked remotely, according to the company.