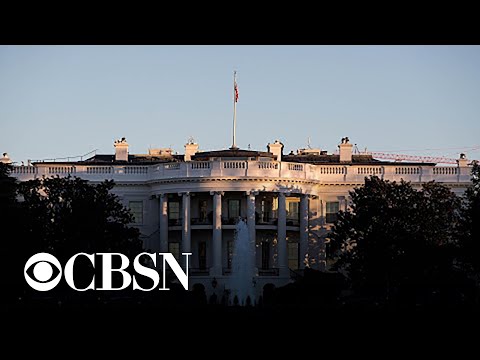 White House internal review tries to justify Ukraine aid freeze White House internal review tries to justify Ukraine aid freezePotential new bombshell development of the Ukraine Scandal involving President Trump officials in the budget office if there was a quote legal justification for the delay. This is all part of the Democrats. Impeachment investigation they’re trying to figure out and prove that President Trump, too lazy aid for personal political reasons, with more on this and cbs.n political contributor and National politics reporter for the Washington Post, Sean Sullivan, STAAR reporting about this internal investigation or inquiry that the White House Counsel’S office has been undertaking is that it began after the initiation of the impeachment inquiry in September until what it looks like the White House, counsel’s office is trying to do with a couple of things. One look at what, if any correspondences are relevant to that inquiry? Potentially and establish a timeline of what decisions were made and when who was talking to who is in touch with who at the White House actually knows exactly eat a kind of what happened, how it unfolded. And why is it important to remember that this decision by President Trump on military aid at the center of this impeachment inquiry lawmakers right now, are looking at a fundamental question? They looking at the question of whether the president used his office to pressure foreign country to investigate a political rival in whether lawmakers feel like that potentially removal from office. So this is right at the Centre of the issues that lawmakers on Capitol Hill are trying to discuss. Antifreeze 18, Ukraine. Another words, an after-the-fact folks within the administration, are trying, as best as they can to find a legal justification for something and doing that initial action. In other words for problematic white house chief of staff want to know, and when from OMG, it looks like from this reporting that he did touch base with budget officials and wanted an update on what the legal justification would be for making a decision. Just another thing. To point out in this story that is important is it looks like there has been some dispute between NSC official State Department, officials and OMB officials about whether this step, the whole Donna said was justified, was legal to begin with, so that could potentially open up. Another chapter that lawmakers might be interested in when they look at this topic as they move forward with the impeachment awkward since I’m concerned about an unflattering exchanges that could be revealed unflattering for the president. What do we know about that? Yeah? That is another notable part of this report is not clear yet exactly what that might be is also not clear whether the are any potential legal issues that would result as a result of these emails, but certainly now, I think you might see lawmakers take more interest In what this review undertakes and then the question is, if anything will be made public, what, if anything, will be presented to lawmakers as part of their in impeachment inquiry, because of course, there has certainly been some back and forth between a White House officials and Democratic Lawmakers on Capitol Hill intern operation in this impeachment process will see where this leads and if Democrats are able to obtain any of this information as they move forward as they try to present this case to the American public as a subsequent inquiry. Real sport, you know Pearson Volvo, some key White House officials, including I the acting a cheapest. Somebody is an agency in the acting Olympia. Director is one person to keep in my Mulvaney. Certainly, somebody who’s going to face a lot of scrutiny right now and then also State Department, officials and a c officials are in what did they expire to budget officials about this decision to put a hold on Aid, which is basically taking charge of this right now And how does the White House counsel’s office work or not work, Mick, Mulvaney, Chief of Staff, so there are a lot of different moving Parts in a lot of different agencies and individuals to keep an eye on as we look for more developments coming out of this, Who was in the loop was another situation for sure could potentially be a political problem for the president, and it certainly does draw more scrutiny to the role that specific high-level Administration officials and White House officials, including Mick Mulvaney played in this process, was too early to Say and what, if legal ramifications this had, but this does open the door. It looks like potentially autism new political question marks for President Trump for his administration and for his administration officials. A report in The Washington Post reveals a major effort by the White House to try to justify President Trump’s decision to delay U.S. military aid to Ukraine. CBSN political contributor and national politics reporter for The Washington Post Sean Sullivan joined CBSN to discuss the potential impact this could have on the impeachment inquiry.