Who won the debate? Martin breaks down the performances 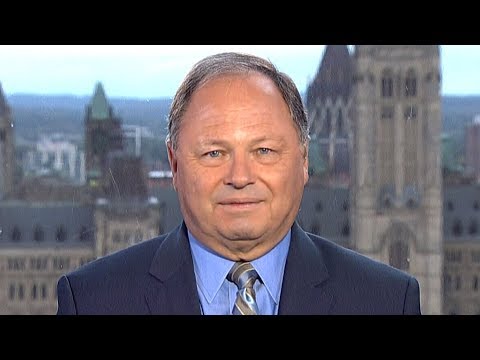 Who won the debate? Martin breaks down the performances Who won the debate? Martin breaks down the performancesWith me now is the host of power play John Martyn good morning to you Don, so whatever the winner last night well suggested the block leader, I did feel the most comfortable and that’s to be expected, as his laying first language is in a privacy really understands. Quite well, he knows what the voters are thinking to played very strongly it to the and that I liked me so Cal backers, I’m a voice against Federal intrusions into our little Province here, and that resonate with Frank play here. This isn’t a fight for Montreal, where the predominance of ankle quebecers are. This is for outside of Montreal and that’s a very big Target for all the party leaders you find out about Andrew Scheer on the planes, and I got to say that’s one of those ones that connects very nicely with the art of the Justin. Trudeau preaches one way and practices the other, no leader that I might be done in 2015, but no leader that I’ve done a bunch of these, and I was talking to some other reporters that covered these campaigns for can recall requirement for a second plane to carry Extra luggage and props in that sort of thing never mind that this playing they’re using is probably one of the oldest and least environmental planes are today. So I think that he scored a hit on Trudeau with that, as you alluded in your introduction, but really I do share out of that. Aside of that was a punching bag for the other leaders, particularly on social conservative concerns that they’re trying to attach to him and have done so quite successfully. Do you think the other leaders last night and looking at the phone numbers as well be seeing what an important role the block is playing in this federal election? They have rebounded absolutely that was a year ago that it’s fracture, there was mutinous MP that walked out of the party and sad is Independence. They they basically threw their leader out and then by Shea comes in and physically save them. One man a rescue mission and he speaks very well and he’s got a record – is well-known and Quebec. So look out all you parties at thought. You were just going to scoop up the leftovers from the meltdown thought he might be in your lunch. Come election day, it’s going to be a very interesting Dynamic to bring to that the fight for Quebec, which is the fight to win the election. How do you think he did last night? Of course he needs to make some serious inroads and Quebec better than sheers, and he did make his points. I don’t think he necessarily want anyone over, but he certainly didn’t cause any bleeding further bleeding of the NDP in Quebec. So there’s still hope that the NDP rebound and Quebec could happen under his leadership. Although that’s a that’s a tough road back for jagmeet Singh Don Martin reacts to how each party leader performed at the French-language debate. #cdnpoli #elxn43