Why some Indigenous people relate to endangered orcas 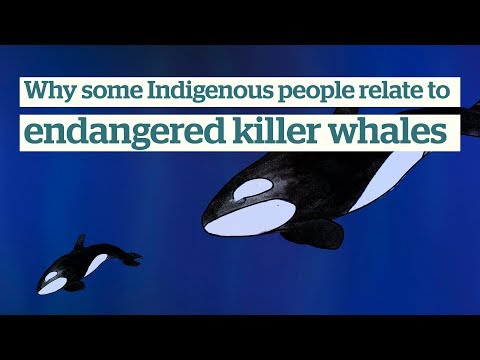 Why some Indigenous people relate to endangered orcas Why some Indigenous people relate to endangered orcasThat connection to the water and the animals that live in it with Orca and Batman and all the sea life are hardwired influence of people, and it was said one of our great-grandfathers have that connection so much for he could go up to the water’s edge tap. It and then they would, they would be there when he had passed. His remains were brought over to our Cemetery from tum to Matteson, which is now known as and more or belcarra, and it is remember that a canoe Dover into Orca or to Blackfish escorted the canoe and dolphins, going to let the way and when the canoe came Ashore, the to block fish back., the inlet they never once turned around, and it is said, that’s the last time they seen or kindness Inlet. Until recently, we feel loss of language. Loss of call is a huge slap in the face for the Orca, because you know when they communicate through sound vibrations and their totally cut off after they get their food, how they locate family. I just find like the similarity of indigenous rights and the Orca have the same path: lots of language, lots of culture, the grief sinner children, you know through the residential schools. These are our relatives. There is real to me as my niece or my aunt. Tsleil-Waututh Nation councillor Charlene Aleck shares her deeply personal connection with killer whales, and how it informs her activism against the Trans Mountain pipeline expansion. Find out more about the future of the southern resident killer whales in a new CBC British Columbia podcast, Killer: J Pod on the Brink. You can subscribe now wherever you get your podcasts. https://www.cbc.ca/radio/podcasts/killers-j-pod-on-the-brink/