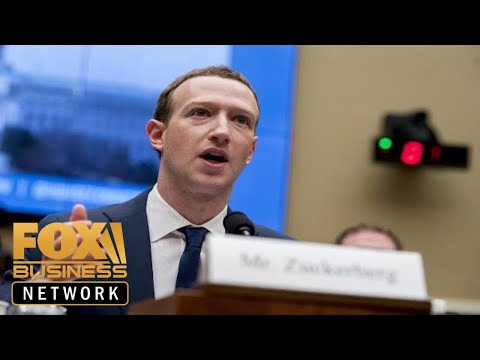 Zuckerberg travels to Capitol Hill to address internet regulation Zuckerberg travels to Capitol Hill to address internet regulationWashington DC at this time to police and regulate his company to democratic Virginia senator Mark Warner. Obviously, I’ve known Zuckerberg for sometime Facebook is very aware of the whole series of bipartisan legislative ideas. I have. I wanted him to hear, though, from a variety active in this field, because across the the group that was, we were with last night, there were concerns about content issues that what concerns about privacy issues that concerns voiced about Libra, the new crypto-currency, the Facebook vacating, and I think, increasingly, the Facebook leadership realizes that failure to have Federal legislation in this space is actually going to hurt them in the whole platform industry in the long run, because individual countries move on privacy the way Europe does Ouran content. The way UK and Australia does for individual states run and California has all we’re doing is raising the floor. So I think there’s never been companies like Facebook and Google that are up such size and power without any kind of regulatory oversight. They honestly think the FTC V $ 2 fine. They gave the Facebook of a while back was the equivalent of a slap on the wrist because it was friends who want to go straight to break up. I am concerned these are global companies that don’t want to transfer that leadership. The Chinese companies. We need to increase competition with things like data portability and interoperability, horrible awful things that are posted on these platforms. If you actually had to put your real name or real identity and own those comments, that would be one tool to cut back on on some of that activity. The administration as to whether or and was behind on these attacks and Saudi Arabia. Secretary of State, Mike Pompeo, said yesterday, it looks like they were president seem to be moving in that direction today from the defense department. No such conclusion do you think Adnan from the intelligence UNC. I know you can’t reveal everything that that Iran was behind this. I heard your earlier Gaston, who I thought was, was very very thoughtful. What we’re seeing now is some of the implications of a president that sometimes tweets before he has all the facts, and I think it is appropriate that the intelligence Community is taking its time to nail down this case. I do believe that the hoochies didn’t have the capability to launch this type of attacks, but does that therefore mean it was a Ron? What’S up the intelligence community’s finish its work, but we’re at we’re going into this with all of the world’s leaders coming to New York next week for the UN General Assembly in a traditional case. If this is been, President Bush or even President Obama, President Clinton could have gone to the world against the Atlanta police action. Now it feels like it’s us and Saudi Arabia and, as your earlier cast mention, this may have been an act of war against Saudi Arabia. But it was not an act of war against the United States and when he was saying he was going to wait to hear from the Kingdom of Saudi Arabia before we decided what we should do when we ought to be acting on our foreign policy for America. Centricity not to forget Saudi oil, see whether there raining were behind. Are the Saudis had the wherewithal to see that one of the things we continue to see from the Saudis is that we sell them some of our Best Equipment, but their ability to use that equipment in an effective way to protect their own country, or for that Matter, though, they have been so inept that their conflict with the hoochies is real, challenging, really really challenging us has been other attacks against Senator always been speaking with your thinking tonight. Sen. Mark Warner (D-VA) reflects on his meeting with Facebook’s Mark Zuckerberg and discusess rising tension with Iran since the attack on a Saudi oil refinery.